Yesterday BERG had a 'practice' hackday for Little Printer, to test out an early version of their API and to try running a hackday. 30 odd people spent 6 hours seeing what they could do with small bits of thermal paper. 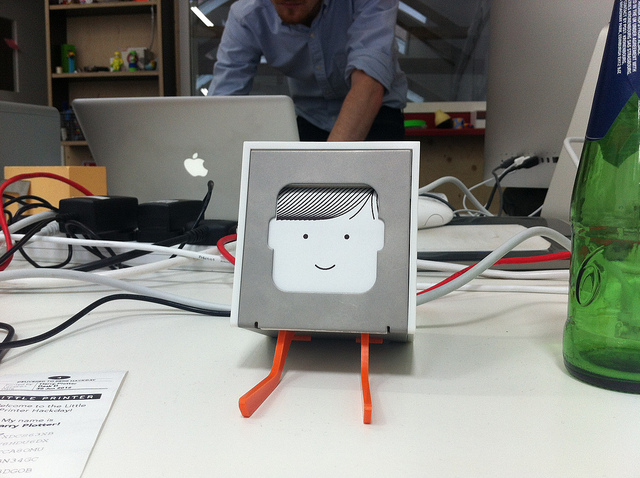 I missed the intro talk because I was nerdily riding the new Thames Cable Car, so I might have got some of this wrong. Additionally, the API is still being built so things might change.

Little Printer is an internet connected printer. You subscribe to publications and schedule them to be printed at times during the day. Perhaps Guardian news headlines at breakfast time on weekdays or a list of upcoming birthdays every Sunday evening.

The API allows anyone to make publications that users can subscribe to. Publications are made in HTML and served on your own server. When the publication needs to be printed LP hits your server to ask for the latest relevant version, then renders & prints. It was satisfyingly easy to get up and running with the sample code and start printing placekittens. 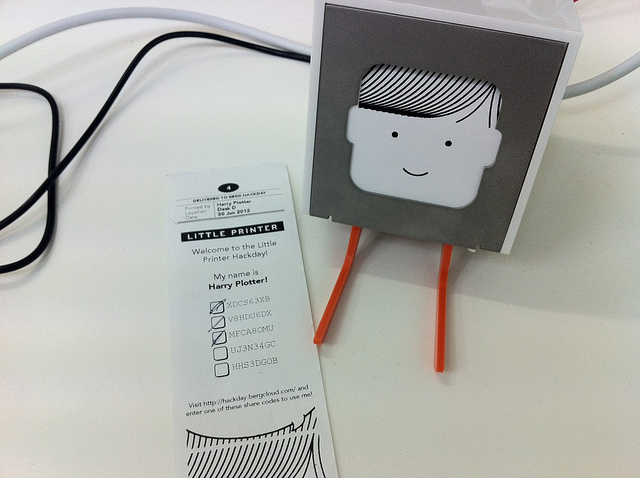 These were not the final production printers. They were nice though. Satisfyingly chunky. The soft glowing alert light, pressing the button to print and tearing the paper off on the metal cutting edge didn't get old or tedious even after a day of non-stop printing.

The printer is configured and controlled by an app for setting up subscriptions. Printers can be shared among multiple people, and the app can control multiple printers. I was sending test publications to Harry Plotter and Thermal & Louise, each of which was being shared by multiple people.

There were 18 presented hacks. 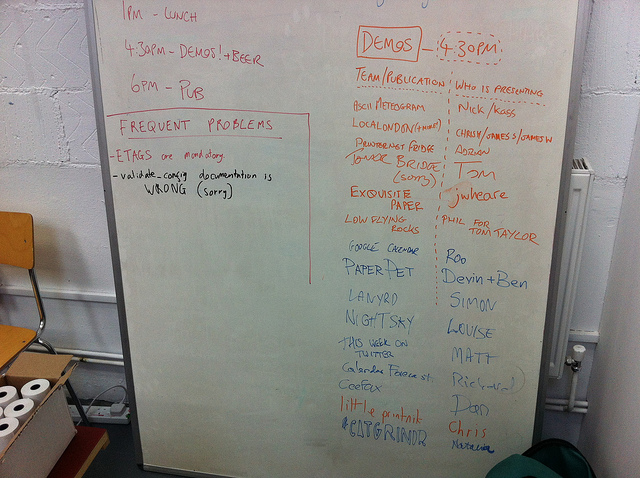 I built Little Emma which shows the current location of the Emma Maersk on a map. 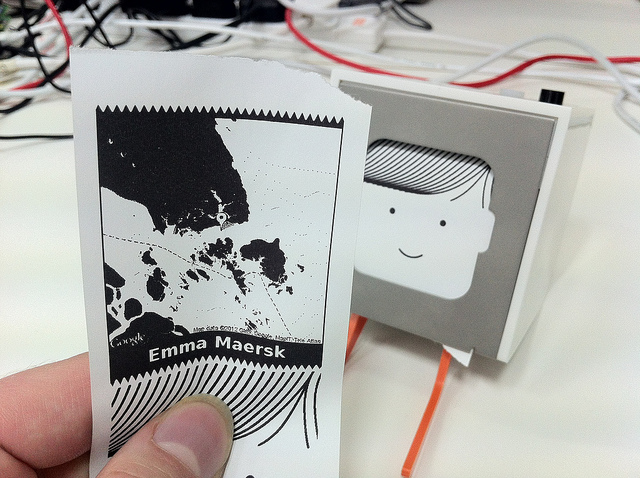 I buy stuff from places like Tesco and Amazon. And I know that stuff is made elsewhere in places like Shenzhen but I have no understanding of what happens in-between. By printing the current location of the world's biggest container ship every day I might slowly get an understanding of global supply chains, of places like Yantian and Tanjung Pelepas, that I depend on but don't know it.

Whilst using the developer API was easy, designing for LP was surprisingly hard. What works on a web page or a mobile app doesn't translate to small pieces of black & white paper. Graphic design rather than web design

Most of my time was spent playing with map styles to find something that was legible on thermal paper. Stamen's Toner was nice and Chris H. pointed out that London A-Z maps worked great for street level. The Google static maps API supports the custom styles of the v3 maps API which is very handy.

What was quite nice is seeing the piles of paper at the end of the day. It's very visible that Work Has Been Done Here. The sawdust, as Bridle points out, that's missing from software development. You get to see the failed experiments and the changing versions printed throughout the day which would normally be hidden away in git. 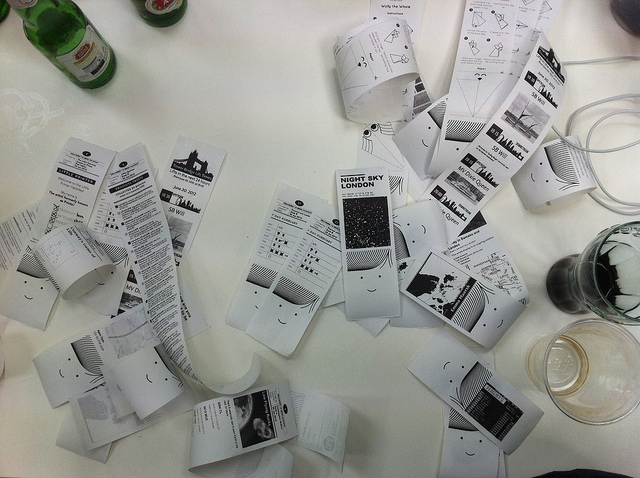 Anyway, it was a nice day. Certainly this was a good room to be in when building stuff and getting stuck. Hopefully there'll be another.